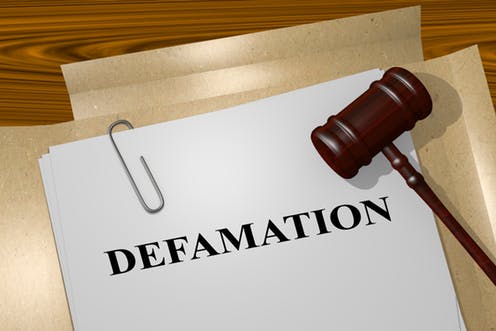 What Can I Do If Someone Spreads Rumors About My Character?

By: sam bawa
In: Business
With: 0 Comments

Defamation is the presentation of false information, verbal or written, about a person that damages his/her reputation in the eyes of the public. It refers to gossips, trolling, rumors and innuendo. The untrue or abusive statement can be both personal and professional. Defamation can occur in the form of social media posts, email, and newspaper articles, through websites or through gestures or pictures in public.

Over the years defamation laws in Australia has been improved further to help people whose reputation has been harmed due to publication of false or misleading information. Defamation law also aims to silence criticism by an individual or group. In comparison to other countries, occurrences of defamation are constantly on the rise in Australia.

Defamation can be of two types.

The terms Libel and Slander are no longer used and heard in Australia. This is because one cannot sue the offender for libel and slander since the legal actions do not exist anymore. At present, both libel and slander come under defamation.

Defamation can affect your general wellbeing. So if someone has spread rumors or gossips or has posted anything bad about you or your business online and if it has affected your physical and mental health, you have the right to sue that person. For that, first of all you need to seek legal advice from defamation claim Lawyer, know the law of defamation and also find out if there is a way out to undo the damage occurred. Speaking in general, you can claim compensation or demand an apology in the following conditions.

If all the above things happen, you are eligible to file a defamation case. Whether you win the case or not, depends entirely on the evidence you can provide. The best evidence can be collected, the moment it happens. Though it is very difficult to act accordingly when such things happen, recording the evidence maximizes your chance of winning the case.

Things you can do following defamation

Once the above steps have been carried out, it is time to get a concerns notice issued. The concerns notice states what comment was made and the reasons it is being considered as defamatory. The concern letter calls for an apology, compensation and withdrawal of the comment.

Things that need to be proved in a defamation case

For a defamation case to succeed, you need to prove the following facts.

Who can file a defamation lawsuit?

If it is either an individual, certain non-profit corporation or corporations having 10 or less than 10 employees can file a defamation lawsuit. You must commence the legal proceedings within 12 months from the date on which the defamatory material was published against the offender.

However, the common people of Australia can hardly access defamation laws because of the extremely high cost involved in legal proceedings. It is mostly availed by politicians and entities who think that either an individual, community or media has hurt their reputation by publishing information about their actions.

How defamation lawyers can help?

Perhaps you agree with the fact that it takes long to build a reputation, so don’t let someone destroy it. It is best to hire a defamation lawyer if you believe that you have been defamed and you should be compensated for that.

2020-03-12
Previous Post: Life Insurance Leads: Should You Buy Them?
Next Post: How the Realme C3 become the leading one than the other?