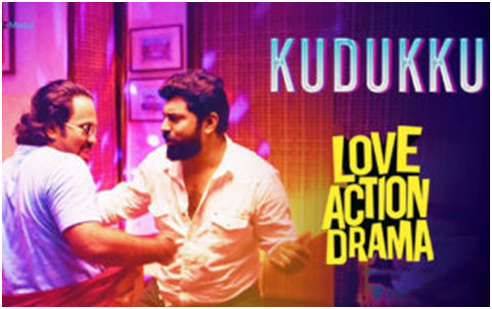 5 Tollywood Stars Who Perished In February 2019

By: sam bawa
In: Entertainment
With: 0 Comments

Although Bollywood ranks number one in the Indian movie industry, Tollywood is more superficial. Unfortunately, February 2019 was a dark month in Tollywood. The industry lost various prominent stars including actors and directors. This left a big blow in the industry since their contribution is surely missed. Read on to discover some of the stars who perished in February 2019 to make it a tragic month to Telegu film industry.

Known for taking on sadistic villain roles, the 57-year-old actor always added a comedy touch to his Telegu fans. This celebrity lived alone in a flat at Kinara apartments. He featured in various Bollywood movies including some regional ones but was found dead on 9 February 2019. Virtually living in poverty, this star last appeared in public during the release of the comedy Rangeela Raja, he starred in alongside Govinda. He appeared in several movies with other top stars including Sanjay Dutt and Amitabh Bachchan in films including:

This filmmaker and magazine editor passed on 11 February 2019. After getting diagnosed with Alzheimer’s disease, he began getting treatment for the last four years from Appolo Hospitals. The actor was well known for his collaboration with Mega Star Chiranjeevi on two movies that became successful. You can find more about his work on a site with Telugu movie news. This actor made films with actors including Krishna, Sobhan Babu, Chiranjeevi, and many others.

Some of his biggest films include:

The film producer breathed her last on Wednesday 12 February 2019 in a private Hyderabad hospital from cardiac arrest. Nara Jayashree produced various films including:

This filmmaker produced more than 20 movies in Telegu and Kannada with her last one being Jagadguru Adi Sankara. Nara Jayashree Devi is survived by a daughter.

This fallen filmmaker is best known for his performance in Advaitam, a National Award-winning short film. His career began as a thespian before ending up into the Telegu film industry. Srinivasa Dixitulu was a well-respected teacher and known for his roles including a head priest in Muraari. His other movies include Tagore, Athadu, and Indra. Popularly known as Dikshithulu, he breathed his last on 19 February 2019.

If you listened to Ye Murthy from Sri Ramadasu, you can’t have forgotten this lyricist. Veda Vyasa came into the limelight with the movie Sri Manjunatha. This film was directed by K. Raghavendra Rao for the song Maha Prana Deepam. Unfortunately, Veda Vyasa breathed his last breath on 21 February 2019. Some of his famous movies include:

One of the celebrated filmmakers in Tollywood, Kodi Ramakrishna passed on in Hyderabad on 22 February 2019. This great storytelling master was popular for exceptional computer graphics in his movies. He suffered a stroke sometime back before succumbing to breathing problems. Ramakrishna had multiple silver jubilee movies and was one of the Telegu directors to produce more than 100 films. He had worked with other Tollywood stars including Krishna, Balakrishna, Venkatesh, and Chiranjeevi.

Other Tollywood stars who passed on in 2019 include

This Telegu star passed on from liver illness on 25 September 2019 in a Secunderabad private hospital. He was rushed to the hospital when his condition got worse and he was put on the ventilator. News of his death spread like wildfire making celebrities including Gopichand Malineni, Nani, and Varun Tej rush to Twitter to express their condolences.

Many people were extremely sad to hear the sad news regarding the demise of this movie making mogul. Venu Madhav is known for rib-tickling movies including Sye and Chatrapati. Madhav was an acclaimed mimicry artist who made a debut in Sampradayam.

This Tollywood actor succumbed to cardiac arrest on 31 October 2019 while receiving treatment in a Hyderabad hospital. The 72-year-old Geetanjalihad appeared in various films in Telegu, Hindi, Malayalam, and Tamil. She had also worked with cinema giants including NT Rama Rao. Born in Andhra Pradeshand got married to Ramakrishna, a popular actor who passed on in 2001. Fortunately, or unfortunately, Geetanjali is survived by a son Adith Srinivas, an actor to carry on her legacy.

Tollywood has some outstanding actors contributing to the immense growth of this film industry. Unfortunately, February of 2019 was a dark month for the industry. That month saw 6 actors pass on leaving a void in the industry. Other actors also passed on later in the year. You can always keep abreast of whatever is happening in Tollywood by bookmarking a blog with latest news in the industry.

2019-12-06
Previous Post: WHY PERSONALIZED GIFTS ARE THE BEST
Next Post: Why Install B612 App Over Other Apps?